It’s Not only about Making Money 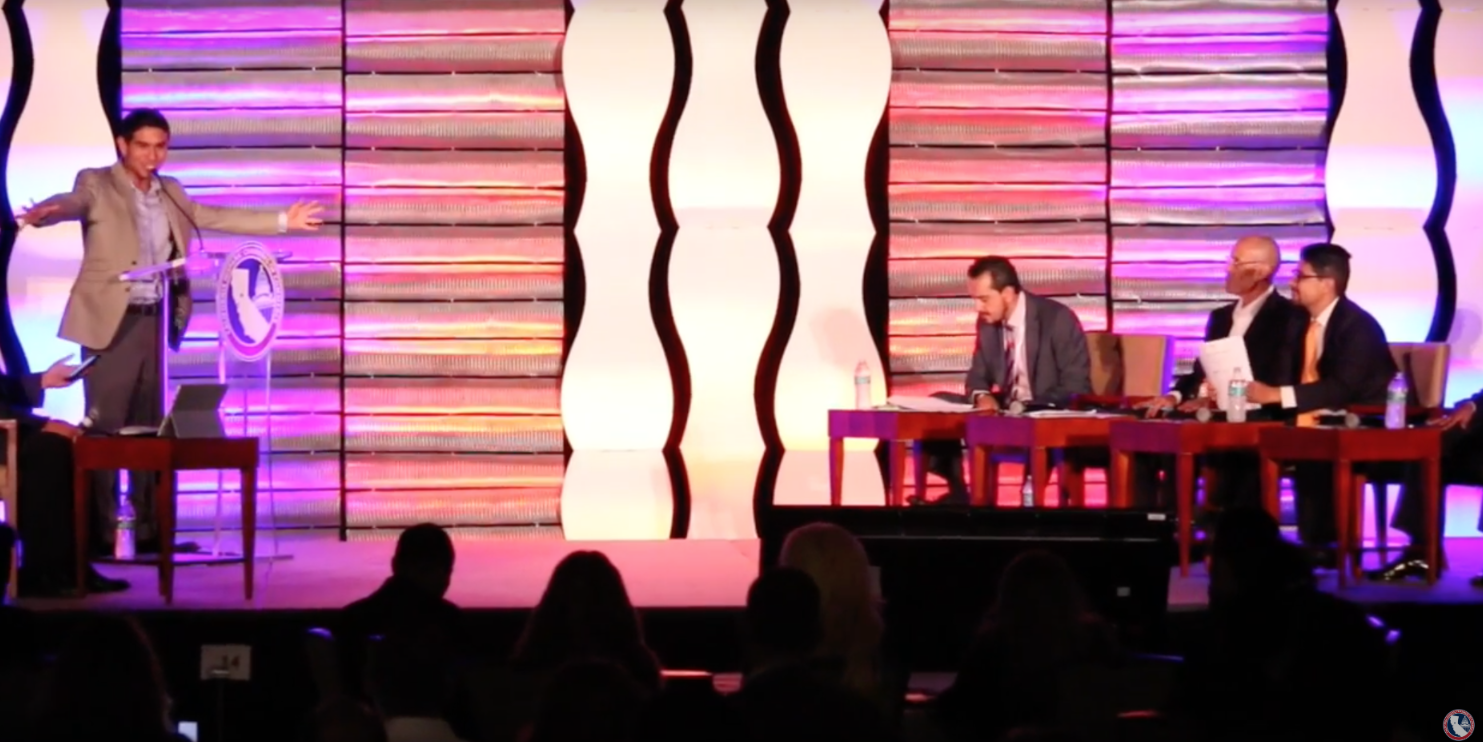 The picture above was at the 37th Annual Convention of the California Hispanic Chambers of Commerce in Riverside, California. I was honored to be one of the entrepreneur speakers and pitchers at the Hispanic Shark Tank. I am very thankful to my friend and fellow Latino leader Manny Fernandez for letting me know of this convention. We need more events like these to promote diversity not only in technology but also in the rest of the industries.

1. 90% of consumers view environmental and social responsibility as a crucial component of a brand’s appeal.

In a fast-paced economy, customer behavior changes rapidly. While CEOs are pressured to maximize shareholder value — few realize that maximizing shareholder value and becoming better corporate citizens are not mutually exclusive. Doing good to our community is good for business: it is not only about making money or making a good product but also about investing in the communities we work. We live in a world where female consumers represent more than 70% of purchasing power globally, according to Boston Consulting Group publication. In addition, with the boom of social media companies can better communicate and understand what their customers value: sustainability, responsibility, and transparency. Enterprises need to adapt to the paradigm shifts in order to maintain the lead in innovation. For instance, earlier this year Alaska Airlines announced its plan to acquire Virgin America. As the President & CEO of a member company of the Silicon Valley Leadership Group, I was invited to participate in the event in which Alaska’s CEO Brad Tilden would announce the company’s plan to expand its West Coast presence. The Mayor of San Francisco Ed Lee, CFO of Blue Shield of California Michael Murray, among other prominent business leaders were present at this wonderful event at the Four Seasons. As soon as Brad Tilden grabbed the microphone, he announced Alaska’s commitment towards the community by writing a check to a San Francisco orphanage. He not only spoke about doing good. He executed. We need more of this. I’m encouraged to see more and more CEOs embracing high standards of corporate citizenship by becoming doers of philanthropy.

2. Millennials care more about engaging with the nonprofits programs and events.

Over 30% of American workers today are Millennials, according to the U.S. Census Bureau Data. Since 2015, Millennials have surpassed Generation X to become the largest generation in the U.S. labor force. Certainly, Millennials genuinely value volunteering and giving back as part of their daily jobs. Employees prefer to spend a day volunteering at a nonprofit teaching Hispanic children computer science over writing a check. People love stories. Beautiful stories are generated when corporations not only fund nonprofit programs but also encourage team members to spend a day volunteering at the STEM program or event. For instance, it was through my volunteering experience in the Andes, where I realized the lack of education in Peru. This service trip inspired me to start a nonprofit organization in my school, which later inspired me to start my first startup: SmileyGo. This past summer, our 5 employees at SmileyGo volunteered a total of 160 hours at nonprofits such as the Silicon Valley Education Foundation, Hispanic Foundation of Silicon Valley, Save The Bay, and Project Open Hand. People are the cornerstone of a successful business. Your employees will be more motivated to work when you encourage them to give back at their favorite charities. During our first year at SmileyGo, we sponsored a philanthropic dinner in Berkeley, California. In 2016, we took it to the next level by volunteering every Friday. There’s no point of comparison. Engaging with the nonprofit program generated more employee motivation over writing checks to support balls, dinners, and events. Combining grants with employee engagement would create an outstanding strategy to not only improve employee retention but stronger community relations, pubic affairs, and government relations results.

3. Nowadays, it isn’t enough to quantify how much you give.

Writing a handful of checks to the local homeless shelters during the end of the fiscal year used to be the norm. Quantifying the number of zeros in your annual giving budget used to be the number 1 KPI. In 2016, the standards are higher for corporations. It is fairly easy to measure how many dollars you have given. For the past three years, I have had the opportunity to listen to corporate citizenship, PR, external affairs, and community relations leaders from SMBs to Fortune 500 companies in New York, Los Angeles, and Washington D.C. It has been intriguing to learn that many leaders came to the conclusion that numbers are not enough when it comes to deciding which nonprofit to fund. Administrative costs, CEO compensation, and working capital do not suffice the team leader’s criteria to execute. Nonprofit follow ups after the donation has made are not enough. Not only is nonprofit interaction needed but a system where you can view who has funded this charity program in the past, ratings of the event from a supplier’s & vendor’s perspective, and recommendations by other funders. Especially when you fund a nonprofit overseas. How can you be certain that the donation was used for the cause? An Uber-esque application is needed in the sense where a graduate student studying in South Africa can use the app to verify that a nonprofit bought 100 Macbooks to empower kids to become web designers. The user could take a photo or video of the program and interview the stakeholders and then send the impact report with a click. Thus, human interaction is needed. Not only should we hold nonprofits and corporations accountable when it comes to giving but we also need a third party input. Last, I was inspired when I learned that some HR teams use KPIs such as what % of candidates decided to work here due to our community engagement and volunteering initiatives. We are moving forward. It’s time to show the world that it is not only about the bottom line but also about improving the communities we do business in. I believe we can do it! 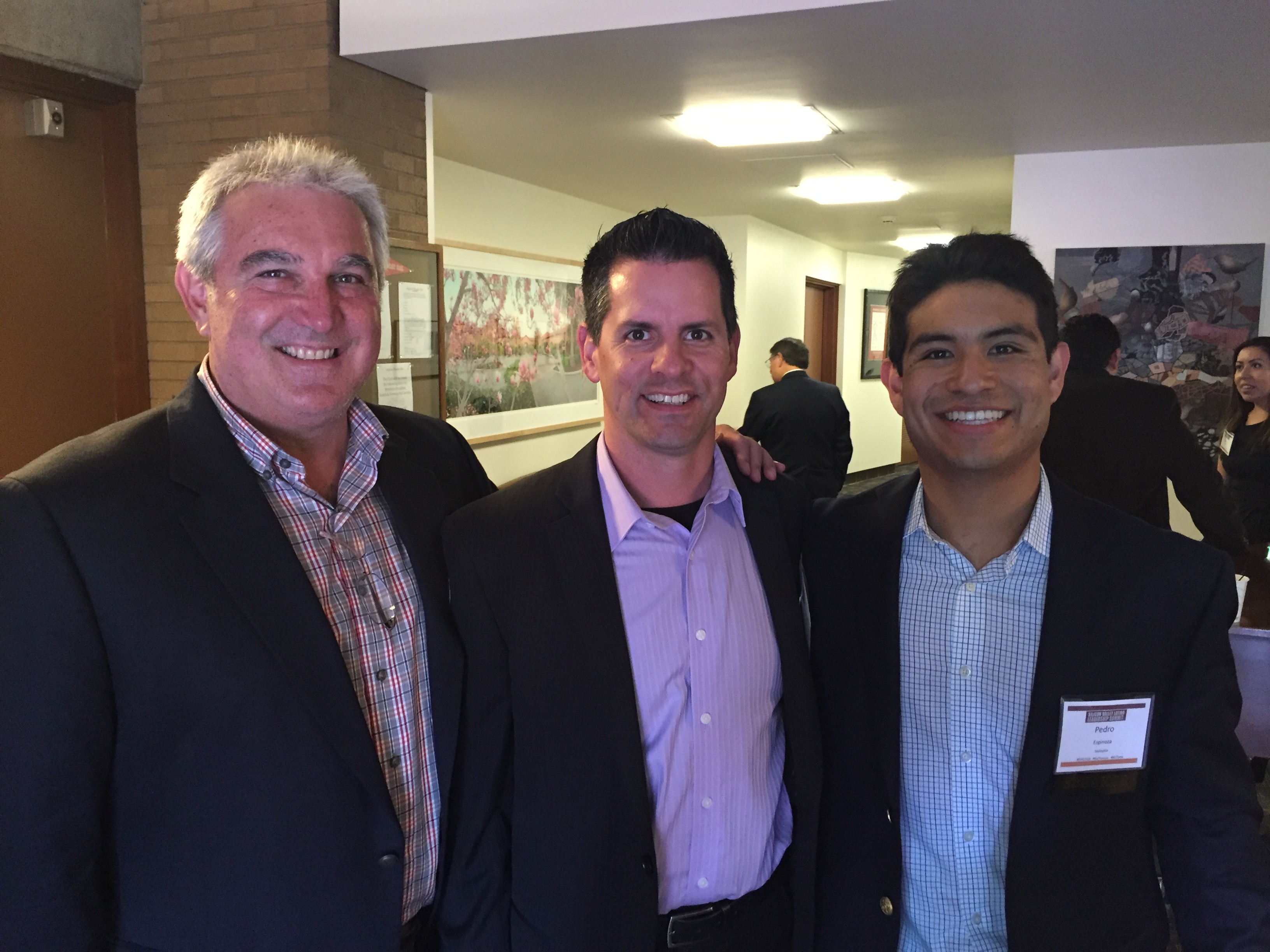 Three Steps Toward a Successful Speech

Three Steps Toward a Successful Speech