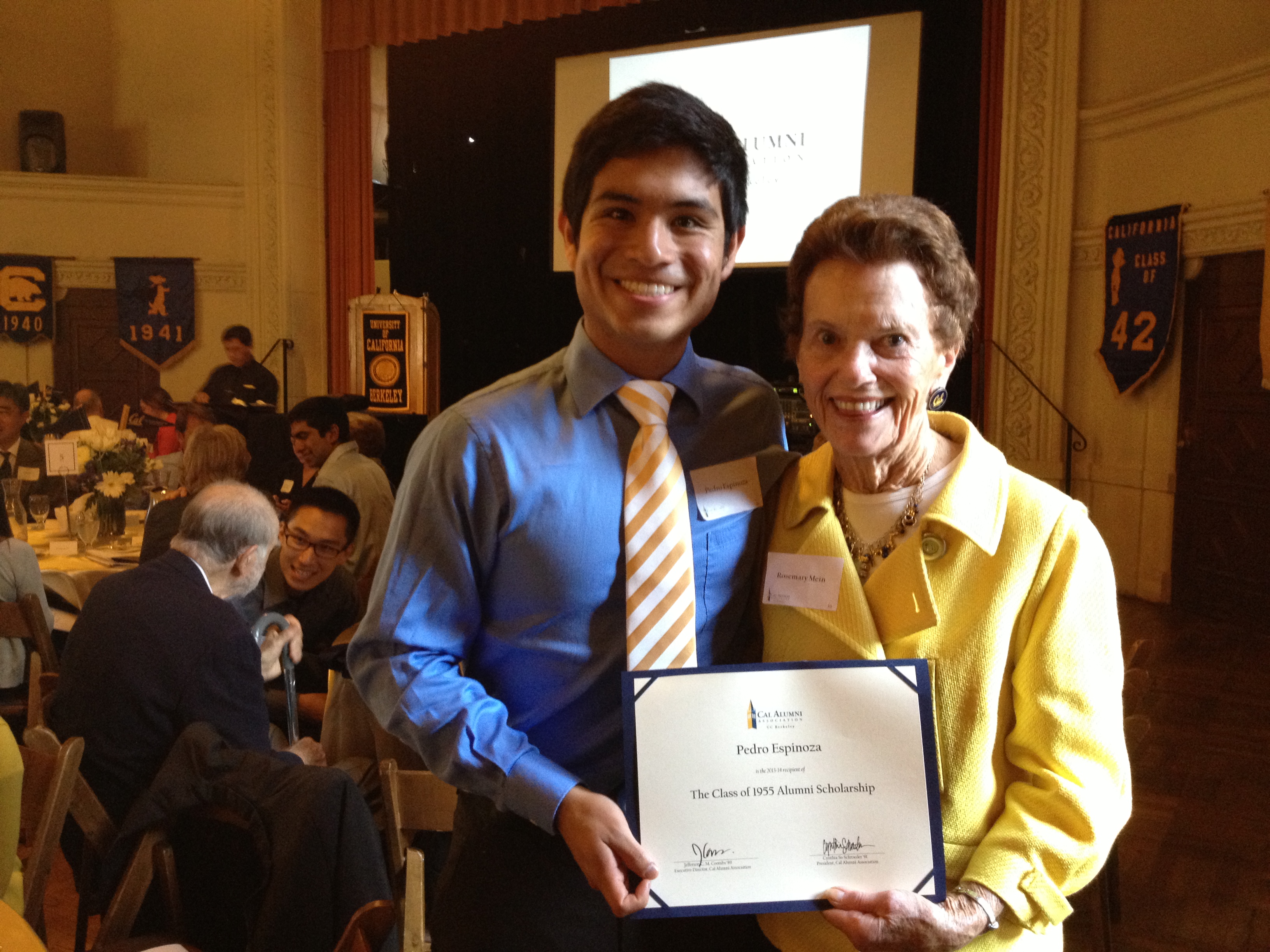 Relationships are valuable. I can’t call my experiences business-networking, because honestly, it is just building relationships. When you value each other as people first, you discover ways to bless each other. Such is the story of Rosemary Mein.

During my first semester at UC Berkeley, I received a Leadership Award which included a scholarship generously gifted by a UC Berkeley Alumn. A formal business reception was held for the donors and recipients. From the onset I was excited. This was my chance to meet my own donor, a woman named Rosemary Mein. Then the Director of Leadership Awards Committee asked me of all people to speak on behalf of all the leadership awards. My response? Absolutely! It would be an incredible opportunity to show my gratefulness to these people.

It would be my first speech ever in the US, discounting a 5th-grade class presentation I gave during a year I lived in Nashville. But this would be a chance to share with Berkeley Alumni the difference that their support makes, and to tell it through my story. I was so excited. It would also be the first and only time I wrote my speech beforehand. I even wore a tie.

That speech became a defining moment in my life, but not because of what I did. It was all because of something Rosemary Mein said. She told me that she saw talent in me and that I should pursue public speaking. These words opened an entire future for me and began the journey to where I find myself today. Then Rosemary referred me to be the keynote speaker for her class reunion.

Rosemary is a believer. She graduated from Berkeley class of 1955, which to put it into perspective, is the year my mom was born. She has been an avid supporter of Berkeley students and encourages them to their full potential. Rosemary is energetic and joyful, and she and I quickly connected. Through lunches and games of golf, she then not only shared her encouragement but brought me into her circle of friends and connections. One such connection was her son, an accomplished sales executive at Adobe. Her son kindly became a mentor for my SmileyGo work, reviewing the company profit and loss statement, product roadmap, core value presentation, and offering integral advice.

Less is more. By that I mean focus on a few people that you connect with. Grow and nurture those relationships.

Be Relational, not Transactional. Build a real friendship. Be present with these people and be available to them. Too many people focus on what somebody can do for them, rather than what they can give. Be that friend who will help in times of need.

Be Bold. Boldness comes in stepping out to make the first connection and then following up. It takes courage to initiate a friendship with someone you don’t know, and it takes persistence. I once heard a certain business leader speak and admired who he was and what he had to say. I wanted to get to know him more but I didn’t have any of his contacts. So, I put together all sorts of email and domain combinations with his name until I found it. I must have tried more than five. He was so happy to connect.

Demonstrate Your Gratefulness. Always follow up with saying thank you. Thoughtfulness goes a long way. I still stay in touch with Rosemary Mein. I send her notes, I sent her a copy of my book. The little things matter, and are a simple way I can express my gratitude for the kindness she has shown me.