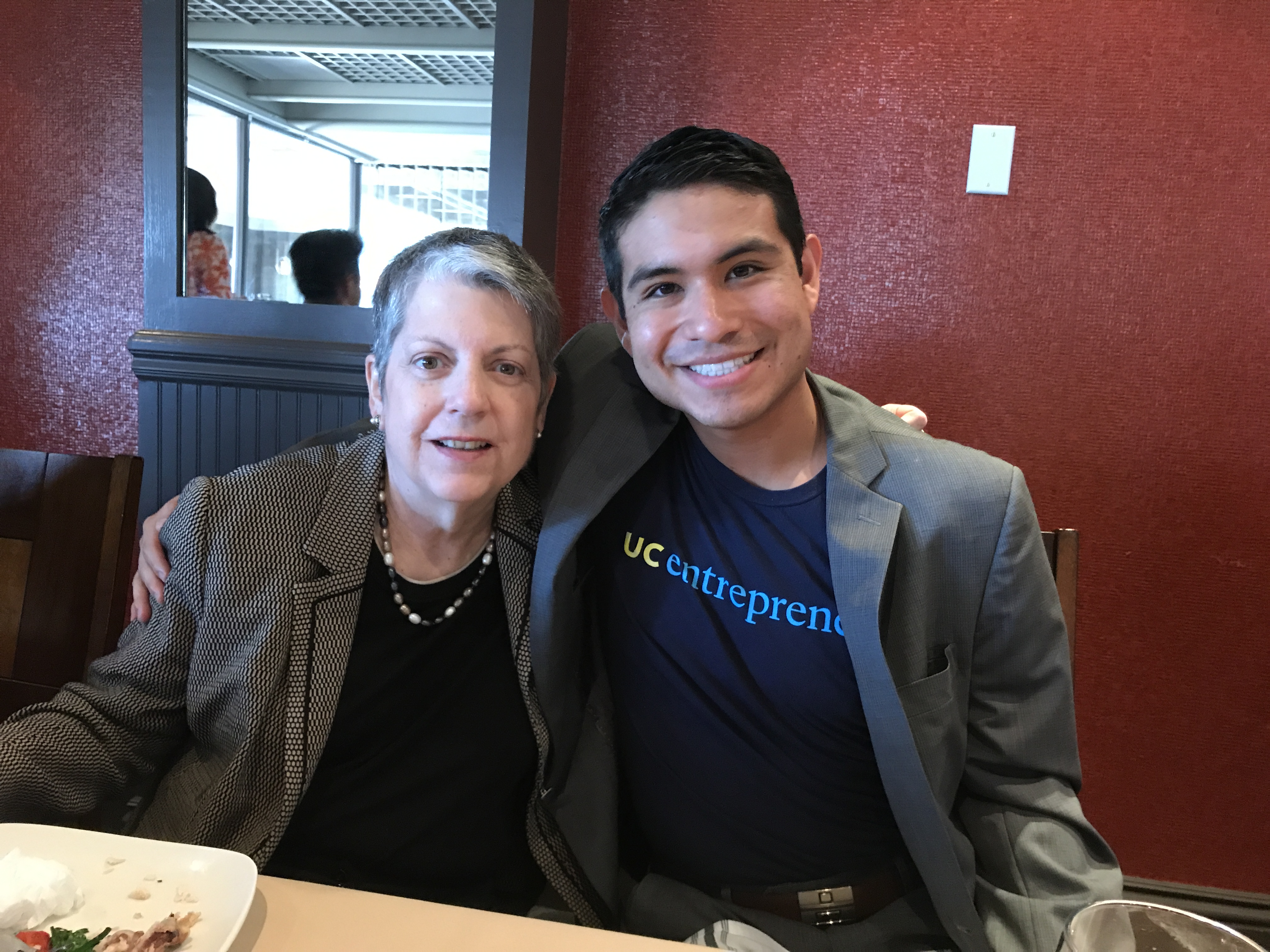 “If you’re the smartest person in the room, you’re in the wrong room.”

Sit in the front of the class, my mother would tell me, befriend the smartest kid in the school. These are wise words that I have stuck with my entire life. But two years ago, I found myself in the presence of somebody who challenged this.

Incredibly, I had been selected as UC Berkeley’s Entrepreneur of the Year for 2017. It was a sweepstake across all the UC schools that took the top entrepreneur from each one. The prize was a lunch with none other than Janet Napolitano herself, at one time the governor of Arizona, then the Secretary of Homeland Security under the Obama administration, and now President of the UC schools.  To my great excitement, I had been placed right next to her. We chatted through the entire lunch. I was certainly not the smartest person in the room. She was. And yet in a room where she was by far the most accomplished, she seized the opportunity to mentor.

Getting to this point had been a wild ride. SkyDeck, a program that accelerates student entrepreneurs in UC Berkeley’s Haas School of Business, notified me of the sweepstake. Competition would be intense as UC Berkeley’s Haas School of Business has one of the top entrepreneur programs in the world and thus produces outstanding graduates. At the time I was leading 20 people at SmilyGo, taking classes at Haas School of Business, and about to leave for a cousin’s wedding in Brazil. The competition required a video submission, then a pitch, and my story. If I were going to make this happen, I would have to prioritize my commitments right and gather all my tenacity to pursue this. I knew it would be worth it.

Advice to an Entrepreneur

Now I sat next to Janet Napolitano. As we spoke, she used the opportunity to share her story, encourage me and give advice.  I want to share with you three points on being an entrepreneur that I took from my conversation with her.

I’m happy Janet Napolitano share’s her time with people like me to listen and mentor. I’ve learned from Janet that if you’re the smartest person in the room, give back.